Etymotic is a legend in the IEM world, delivering their models way back in the early ’90s starting with the very first Balanced Armature model ER-4 in 1991 that amazingly enough is still being produced to this day. This time though we are going to check out their Bluetooth Module device made specifically to make your Etymotic pair wireless, which definitely fits our XXI century.

OK, I have to admit here. There is… a lot of accessories, mostly because what I present you today is a kit of ER4XR and Etymotion BT module. That’s why we have in total 10 various tips. Four Bi-flange, four Tri-flange, and two pairs of very unique looking foam tips, they got you covered, all of you. Maybe except for people who prefer standard silicone non-multi flange tips. In my case, I was able to use only foam tips because with multi-flange ones I always get no seal whatsoever plus they scratch my ear canal pretty badly. Also because of the unique nozzle, you won’t be able to perform tip rolling with your favorite standard tips from other pairs. These nozzles are very thing, reminding me of the Shure SE lineup.

Apart from tips, we are also getting three cable clips, replacement filters, and… Micro USB cable, which I’ll come back to later because that’s something worth describing with a significant amount of passion. To summarize the whole accessory package we are also getting one large hard material case as well as the small material pouch.
Now let’s talk about the module itself. You have a big piece in the center and a small control panel closer to the right ear. There’s nothing on the module itself except LED on the front and… The micro USB port on the back for charging.

Yes, Micro USB. Unfortunately, that’s something that I always have to bring up because I hope that such input will finally change companies’ strategies. It’s 2021, Micro USB should die. There’s virtually and physically no advantage of Micro USB over USB Type-C apart from manufacturing cost, but hey… don’t forget this module costs $180. I own RGB LED Light Panels that cost $20 each and they have a USB-C port. It’s not that expensive to implement it anymore, so start putting it, and let Micro USB die. It had its time. That time has come to an end, we moved on and you should too.

The last thing is the cable. It is permanently attached to the Bluetooth module and has MMCX connectors on both ends. MMCX itself is not a proprietary connector but Etymotic always had its unique angled type and recessed socket, because of that Etymotion-BT is the only suitable and perfectly compatible Bluetooth Module. Standard MMCX cables don’t work with them due to recessed socket, unfortunately.

This is what Etymotic is known for. IEMs with such a design that basically can outperform plenty of CIEMs builds in terms of isolation. With foam tips, they even exceed my Anthem Five E2’s isolation while being a universal fit! I’ve been using them constantly as my ear protection during DJ gigs. The problem with most cheap ear protection solutions is that they can get very itchy very fast and also you have to throw them out after single use. These however don’t, you can use them to protect your hearing and listen to your favorite tunes on a phone or a DAP.

I have to point out that in this section I will be describing the sound performance of IEMs that came with Etymotion-BT which are Etymotic’s flagships – ER4XR where XR stands for Extended Response. This is the highest and most expensive wireless set that you can get from Etymotic so it means they have to deliver right? Yeah, they have to… and they do.

Let’s start with the bass section. Here I have to mention that amount of bass is a crucial signal in these IEMs telling you that you don’t have a proper seal and unfortunately Etymotics, in general, require very deep insertion. I only managed to achieve it with foam tips so if those bi or tri-flange tips do not work in your case, try foam.

If you are coming from standard fun pair of IEMs then probably the very first thing you’ll say about ER4XR is that… there’s no bass at all. That is also what I have said for the first time when I tried them. The issue is that the bass is there, it’s just that it’s not that bloaty and overwhelming type of bass you’re used to. The bass is neutral, it never bleeds into the midrange and will not compliment your usual bass boosted playlist. Quite the opposite I would say. ER4XR will introduce you to bass you have never heard before in your favorite tracks. There is that one song called James Blake – Limit to your love. Not the greatest track but the bass hits in the lowest register of 20 Hz. It’s a track that I’m testing limits of drivers with and I have to say that ER4XR held up pretty well. You can notice it, but for bass savages like myself there is just not enough of it and definitely, I wouldn’t use these for Big Room EDM tracks.

The midrange also has pretty neutral tuning to itself maybe except the upper section because I feel like it has touch more power. Personally, I don’t mind it since it reminds me about Beyerdynamic tuning which I’m a fan but I have to point it out to everyone that would like to use ER4XR as a professional monitoring audio source. Some parts of this register can sound slightly harsher so your mix in result will get softer.

Last but not least, treble. Tuned to be an absolute reference which is perfect for critical listening and fixing issues. There is literally no sort of post FX added to it like for example sharpness on your brand new out-of-the-box TV. How to treble was recorded, you’ll get the exact same representation in your ear canals with these. Nothing sounds boosted, nor artificial, or simply fake. They won’t try to fix this part by themself because it’s your job to fix it. That’s how they were designed and that’s what they are good at. Showing you problems, so you can fix them.

Imaging and soundstage are the main reasons why you should even consider Etymotic IEMs in the first place. The very first thing I’ve done with ER4XR was watching anime on my iPad and I just cannot believe how natural everything sounded. Voices, steps, punches, explosions, epic music. Everything, literally everything sounds like I’m there… and that’s not a good feeling when you are watching a whole sky tower building falling on your head. The soundstage itself is not huge, you will not get the airy experience of sitting in a 20×20 meter room with your personal orchestra, not at all. Trying to pinpoint every single instrument in +50 member orchestra though… that is possible with these. If you want to get a monitoring experience that is most true to life in IEMs while also having +25 dB of isolation, there is only one choice and what is even more awesome is that it is not that expensive compared to flagships from other companies.

Due to having its own DAC, Etymotion-BT pairs well with pretty much every single relatively modern Bluetooth device such as DAPs, laptops, and smartphones. In every case I’ve tested I was getting exactly the same amount of volume as well as the same performance. All controls worked no matter what device I was connecting them to, which is good because you don’t have to change the volume while swapping your device for example from a laptop to your smartphone.

All controls are pretty common in terms of Bluetooth devices. Basically, you have three buttons on your pilot that are located close to your right IEM. The middle button is your On/Off, Play/Pause, and Pairing Mode Switch. To enter Pairing Mode you have to hold the middle button until LED will start to flicker. Two other buttons are responsible for going back and forward in terms of tracks as well as changing volume. Also, have to mention that the Bluetooth module will turn itself off about 5 minutes after not playing any sound which is to preserve battery life. Speaking about battery life, this module will basically take you through an entire day, having about 7 hours of continuous playback. I also have to mention that module has AKM AK4331 with Velvet Sound Technology as well as AptX codecs for best audio quality.

Etymotion-BT is a product of its own. The only official and fully compatible solution to convert your Etymotic IEMs into wireless In-Ear Monitors. It has a good AKM Velvet DAC, great battery life, and all the functionality you need on a separate remote. Thanks to the AptX codec you’re getting great audio quality and it does not come with a caveat of noise like other third-party modules do. If you own Etymotic IEMs and you want to make them wireless, this is a no-brainer. 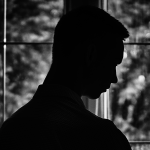