Kotori Audio is a company from Singapore, specialized in headphone cables. Currently, they offer 4 different cables for IEMs, but it’s also possible to order a bespoke customized headphone cable.

Some time ago Bruno wrote a review of the Kotori Audio Tungsten, one of the cheapest cables in the company’s lineup, now it’s time for their flagship item – Epsilon.

The box looks exactly the same as the one that comes with Tungsteen – black with a silver logo on top. The package will easily survive any close meeting with a fridge in a courier’s van – yep I had some troubles when sending audio gear with a local delivery company and now it’s very important to me, to be sure if the gear will come in one piece.

But let’s move to the more important thing, the content of the package – Epsilon cable. It looks and feels like a high-quality upgrade cable, it’s quite thicc and I don’t mean the sound impact, because I will write about this later on, but also the physical thickness is quite impressive. The sample I’ve received is a 4-braid version of the cable and it’s the thickest IEM cable I have (e.g. 8-core Fiio LC-C looks pathetically thin compared to Kotori Epsilon), but the manufacturer also provides an 8-core version of the cable and I can only imagine how ridiculous it must look like. But thanks to the thin Kotori-lite insulation the cable is very soft, flexible, and still quite durable.

Like in cheaper cables, in the flagship model connectors aren’t glued as well, and it’s amazing, but it also means that a user or (what’s worse for Kotori) reviewer can unscrew it and see not the cleanest soldering spots. But on the other hand, if you don’t like what you see, you can solder it yourself better at any time. And when we are at the connectors, all of them are made by Furutech, my sample has 0.78mm 2-pin headphones connectors and rhodium-plated, 3.5mm jack plug. What’s important, the connectors hold plugged IEMs strong enough that I didn’t feel that my Craft Ears 4 would fall into a waste water drain while I’m walking through the city with the CIEMs hanging outside of my ear.

In this category, Kotori Audio Epsilon beats all cables I’ve used to use, as I’ve mentioned before it’s soft and flexible, and this makes using this cable very comfortable, easy to put into even very small cases and to untangle after taking out of the case. When using CIEMs, because of perfect noise isolation, I’m a bit oversensitive about microphonic but while using the cable, I don’t have any problems with this effect, Epsilon is just silky smooth and flexible as worsted at the same time, so this problem doesn’t exist. In terms of comfort, Kotori Audio Epsilon is worth every single cent and it may be a role model for other manufacturers when it’s about the comfort. I couldn’t believe that holding and playing with an IEM cable can be that satisfying.

If you “don’t believe” in cables, you should finish reading this review here and just buy the cable because of how it looks and feels.

Okay, now let’s talk about things audiophiles like the most. Thanks to quantum copper, and the nano-design of each braid, the skin effect is almost completely…

No, STOP, too much bullshit. Let’s get things clear, changing a cable won’t make bad headphones sound great, it should be the last step in polishing your setup, and after writing this I can go into how this wire sounds.

When I plugged the Kinera BD005Pro with the Epsilon cable, the sound improved. The soundstage became more spacious and holographic. I don’t mean that it became as good as in FiiO FH3, but the difference was audible. The biggest difference in the sound signature was definitely at the midrange. It became closer, exposed better the weakest point of the Kinera IEMs, and definitely fixed that. But I suppose no one except me will plug $50 IEMs with a $300 cable to a $1000 DAP, because it’s pointless, you can buy a lot better earphones at half of that price, so let’s move to my primary setup – Craft Ears Four CIEM paired with Fiio M11pro.

The soundstage is slightly wider but to be honest the difference between the CE4 original cable and this one is more subtle than I expected. The separation of sound sources is pretty decent, but I wouldn’t say it’s because of cable, but I just have to admit immodestly that my setup is very competitive in this field.

The treble is tempered, which is highly desirable in my very technical and sometimes even slightly harsh setup. With Epsilon cable, heights are still live and bright, but a bit more relaxed and pleasant. I would say that changing cable from the stock one to the Kotori Audio flagship one is like switching suspension from the sport to comfort mode – still very precise, but rough track won’t hurt your back, or ears if we are back to audio. In the song “Moving on” by Nick Cave and Warren Ellis, there are very high pitched xylophones, which are slightly tempered with Kotori cable, so it makes them more pleasant to listen to. (btw this song is from soundtrack of a very beautiful but boring movie, so if you have video setup as good as audio, you definitely should watch it, but before the screening I highly recommend drinking some coffee)

The midrange is slightly warmer and closer, vocals are getting a bit smoother, but really a tinny little bit smoother. I would say that you still can feel sandpaper in Imelda May’s vocals in 11 Past The Hour scratches your ears and it’s amazing, but the gradation is one step higher, so listening to this kind of music is just a bit less tiring. On the other hand, the cable makes vocals a bit more colorful, and this minor change makes even Mark Knopfler doesn’t make me sleep or at least not instantly – yep, you’ve got me, I’m not a true audiophile, listening to Dire Straits is causing me coma, almost like drinking a dozen liters of cola by a diabetic.

If you’ve read the Craft Ears Four review, you should know that their bass is fast and powerful, if not, you should definitely catch it up. With Kotori Audio Epsilon the bass is getting even more powerful, but it is not overwhelming other bandwidths. The bass line in Olympic by French 79 sounds fuller, it’s more engaging. For me, it’s perfect, but if you prefer bright sounding headphones, I would think about different cables. Unfortunately, the lowest frequencies are also getting a bit softer and slower, which yet again is not a problem for my setup, but I wouldn’t recommend using the cable with e.g. Empire Ears Bravado if you don’t like slow muddy fart instead of bassy kicks.

Chimera is a hybrid cable (copper and silver-plated copper). Its price is about half the price of Kotori Audio Epsilon, but is Satin Audio cable twice worse than the star of this review? I need to use my favorite answer – it depends.

If we take into account comfort and build quality only, then in my very own benchmark, Chimera is way more than twice worse. I have had the cheaper cable for about a year and since then I didn’t manage to straighten it. The epsilon, as I wrote earlier, is soft and it takes any shape easily. In this comparison, Kotori Audio cable wins objectively, it’s all about better craftsmanship, and comfort.

But if we take sound impact into account, it’s getting harder. I would say, it’s hard to objectively pick a better cable because they’re both different. I would say that Satin Chimera provides a slightly wider and more spacious soundstage. The treble is shinier and this can be nice for warmer headphones lacking in detail, but with Craft Ears Four and Fiio m11 Pro, it’s getting too bright for me. The midrange is definitely recessed with the hybrid cable plugged, so V-shaped sounding headphones might not catch a synergy. The bass has almost the same strength with both cables, but with Chimera, it’s getting more punchy, yet again, this might be very desired with warm headphones, when you want to make them more vivid.

As you can see, both cables can be amazing with some audio setups, but also both can be totally lame. In Short, Satin Audio Chimera wins when you need to add some vitality and brightness to your setup, but Kotori Audio Epsilon is better when you want to put a thin blanket on the sound and make your audio setup calmer and warmer.

Kotori Audio Epsilon is a very well-made cable. Its value in terms of materials and craftsmanship is pretty decent. If you expect that this cable will change your headphones to completely different ones, then I have to upset you – it won’t, bad headphones will stay being bad headphones. But if you want to provide a single-setting equalizer, which will warm up the sound of your IEMs, then the Epsilon cable is worthy to be recommended. 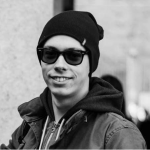